When your student becomes your caregiver

As Charlotte Thrall sat anxiously waiting in the emergency room at Mayo Clinic for news of her husband’s condition after a pickleball accident left him unconscious and unresponsive, her mind spun with uncertainty. Then, among the health care workers that began to fill the room, her eyes settled on a familiar face. 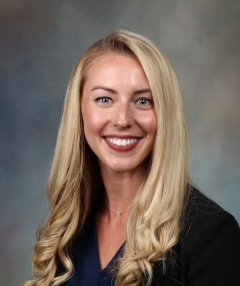 It was her former student Lexy Richards, who now worked on the Mayo neurosurgery team.

Their unexpected reunion was bittersweet but welcome, and the following morning, Richards was at Billy Thrall’s bedside, reviewing imaging and lab work, answering whatever questions they had and doing everything in her power to make sure Billy and Charlotte, whom Richards had known since she was a student at Arizona State University's Edson College of Nursing and Health Innovation, were taken care of.

“It was so humbling to be in a position where someone who taught you everything you know and who you respect to the highest degree is now in a position of vulnerability,” Richards said.

Fortunately, Billy did not require surgery. But having Richards to reach out to during his recovery was invaluable to Charlotte.

“Those first eight weeks of recovery were particularly difficult, and she was … I don't even have the words,” Charlotte said.

Now, nearly 20 weeks out from the accident, Billy is making good progress. And Charlotte and Richards are still frequently in touch — though not always concerning Billy.

A clinical assistant professor and coordinator of the Family Nurse Practitioner program at Edson College, Charlotte first met Richards as her professor. Equally impressed by each other, they quickly developed a mentor-mentee relationship, with Richards serving on the leadership team for HopeFest, an annual community health care event Charlotte and her husband launched in 2012, and Charlotte writing a letter of recommendation for Richards’ application to medical school to become a neurosurgeon, mere months before Billy’s accident.

Richards received word that her application had been accepted while Billy was still recovering in the hospital. She’ll begin attending the TCU and UNTHSC School of Medicine in Fort Worth, Texas, this summer.

“Charlotte and her husband are exceptional people, and she has been hugely supportive of my career,” Richards said. “Even on a personal level, she was so supportive when my husband deployed to the military. My depth of gratitude to her will always be tremendous for all the ways she has shaped my life. It has been a gift for me to be able, in some small way, to help her and her husband through this experience.” 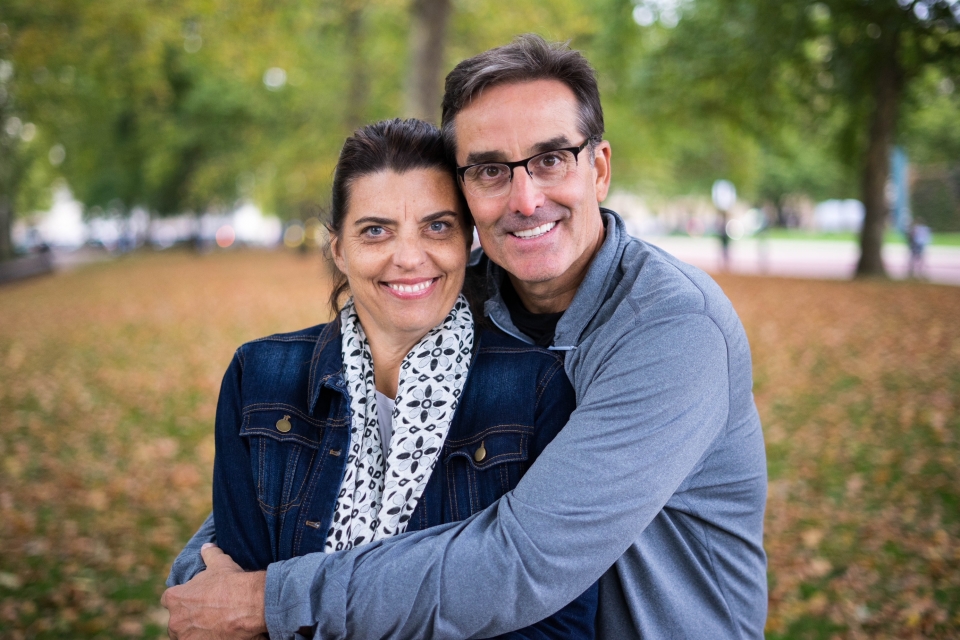 Charlotte and Billy met in Paris in 1984 on a service trip when she was 19 and he was 21. They’ve been married for almost 33 years now, and during that time, they have become well known for their various community outreach efforts in the Phoenix area, where Charlotte works as a nurse and Billy works as a nonprofit consultant.

It was around 2009 when Charlotte realized she wanted to be able to practice clinically in an independent manner, in order to better serve her community. So she enrolled in Edson College’s Doctor of Nursing Practice program and graduated in 2012. She began teaching for the college as an adjunct faculty member in 2013, then became coordinator of the Family Nurse Practitioner program in 2017. 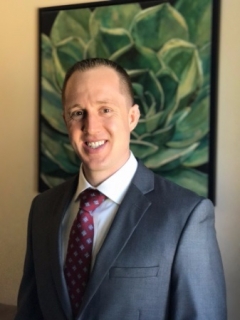 While teaching in the program, Charlotte also served as a mentor to another student, Jonathan Helman. Like Richards, Helman served on the HopeFest leadership team and was moved by Charlotte’s example of care and compassion, both for her students and for the community.

“She’s one of those people you realize pretty quickly is a special individual,” he said.

Helman now teaches at Edson College himself, sometimes alongside Charlotte. He also works in a field very similar to Richards’ — neurology. And when it came time for Billy to transition from recovering at the hospital to recovering at home, Helman was more than willing to provide consult.

“When I heard what happened, I immediately wanted to give back, I suppose almost as a way to repay her for the incredible influence she’s had on my life,” he said. “I’m not just blowing smoke, I quite often think about the type of provider she is and try to emulate that in my everyday practice. She is one of most empathetic people I know. … She has touched so many lives, either directly as a practitioner and through her outreach efforts, or indirectly as a professor who is teaching students who will eventually go out and serve the community, too.”

Former classmates who have remained good friends, Helman and Richards frequently consult with one another about patients because of their closely related specialties. This time around, it was for the benefit of someone for whom they care deeply.

Despite the reason for this, their most recent collaboration, Charlotte feels grateful to have been able to observe them in action.

“They were a gift to us,” she said. “I would never have anticipated having to rely so much on former students to guide us through such a difficult medical situation, but I knew the kind of students they were, I knew how prepared they were and how well they had done, and I knew I could really trust them.

“There were moments I thought that I could actually see them utilizing some of the things that I had taught them, like motivational interviewing or compassionate care, and in my mind, I thought, ‘I need to tell them later what a good job they’re doing.’ I was just so grateful for them, and it really encouraged me and reminded me that what we do when we train people to be clinicians is really, really important. And there's a reason why we want to do a good job. There's a reason why the program is challenging. There's a reason why we are so careful about who we select to be in the program. Because it matters every day to patients like my husband and the hundreds of others out there.”